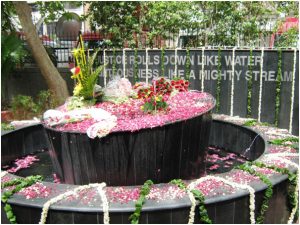 ASSOCIATION OF THE VICTIMS OF UPHAAR TRAGEDY ( REGD)

“Let’s work together for a SAFE India”

Twenty-five years ago, on the 13th of June 1997, the man-made Uphaar fire claimed the lives of 59 innocent people. These precious lives were lost due to the complete lack of adherence to fire safety rules, and due to a distressing disregard for safety in public spaces. AVUT (Association for Victims of Uphaar Tragedy) deeply mourns the loss of these 59 innocent lives and expresses deep concern over the failure of the Government and relevant authorities in ensuring that safety measures are in place in public spaces. Twenty five years since the Uphaar tragedy took place, virtually nothing has been done to enforce fire safety regulations in public spaces. As a result, millions of people who visit public spaces in India remain vulnerable and unsafe, with the possibility of tragedies of the same magnitude looming large. AVUT believes that it is vital that we ponder over and address these grave issues in order to make our lives safer. As per data provided by the Government of India, fire is one of the main causes of accidental deaths in the country. As per NCRB data 35 people die in fire-related incidents every day. Recent studies report that 1 in every 5 global fire incidents occurs in India. India has therefore, witnessed many fire tragedies wherein thousands of lives have been lost. And yet, fire safety does not receive any attention from the Government.

It is a painful fact that after the Uphaar fire tragedy many precious lives have been lost in mass tragedies in public spaces e.g. in the Kumbakonam School Fire tragedy, Victoria Park Fire in Meerut, AMRI Hospital Fire in Kolkata , Sum Hospital in Orissa, Anaj Mandi , Delhi, Arpit Hotel, Delhi, Coaching centre in Ahmedabad, Gujarat,  to name only a few. While the death toll differs, there is one common thread that runs through each of the tragedies that have rocked the nation in the last quarter of a century – all of them have been man-made, and each of them could have been avoided had fire safety regulations been enforced.   In the most recent fire at the Mundka in Delhi on Friday ,13th May 2022, 29 precious lives were lost because the owner/occupiers had violated every rule of the book with impunity.

Each man-made tragedy such as the ones mentioned earlier represents man’s never-ending greed, and intentional violation of public safety laws. It would also be pertinent to analyse if any punishment at all was meted out to the perpetrators of such unpardonable crimes. The answer is bound to be shameful and distressing.

We request the Government to look into the possibility of bringing in new legislation to deal with man –made disasters and set up “Fast Track Courts” to  expedite such cases, so that the perpetrators  are punished swiftly and in accordance with law. This will send a strong signal to the owners and occupiers of public spaces like multiplexes, malls, educational institutions, hospitals etc.  not to violate fire safety laws.

In the last 25 years AVUT has fought valiantly for accountability and safety in public spaces. Despite this, are public spaces safe today?